How to Write Your First Ethereum Smart Contract

by Away Some Article
in Bitcoin, Finance
0

How to Write Your First Ethereum Smart Contract

Smart contracts are integral in the functioning of Ethereum as a ‘programmable blockchain’.

These contracts are lines of code that ‘self-execute’ upon fulfilling a specific set of conditions.

Self-execute means executing without any third-party interference (as in on a blockchain).

Vitalik Buterin introduced the idea in the official Ethereum whitepaper in 2013. And, after 2015, independent developers started leveraging smart contracts to create their own tokens and crypto-assets.

You may be interested in smart contract programming just as a hobbyist, to understand Ethereum in all its beauty.

Or you may be looking to build a career as a professional blockchain developer. If it’s the latter, then you should make it a point to learn smart contract writing. 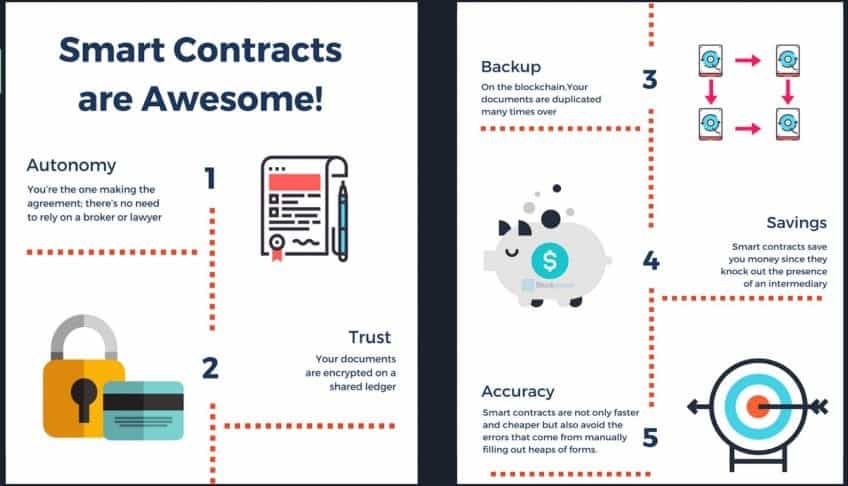 But before delving deeper to ‘solidify’ your ‘smart contracting’ skills, let’s take a look at a bit of history and working of smart contracts.

As per a Harvard Law School forum article, computer scientist and cryptographer Nick Szabo first mentioned the term ‘smart contract’ around 20 years ago.

At that time he was a graduate student at the University of Washington.

Smart contracts also find mention in the Ricardian Contracts theory, an idea postulated by Ian Grigg and Gary Howland in 1996. 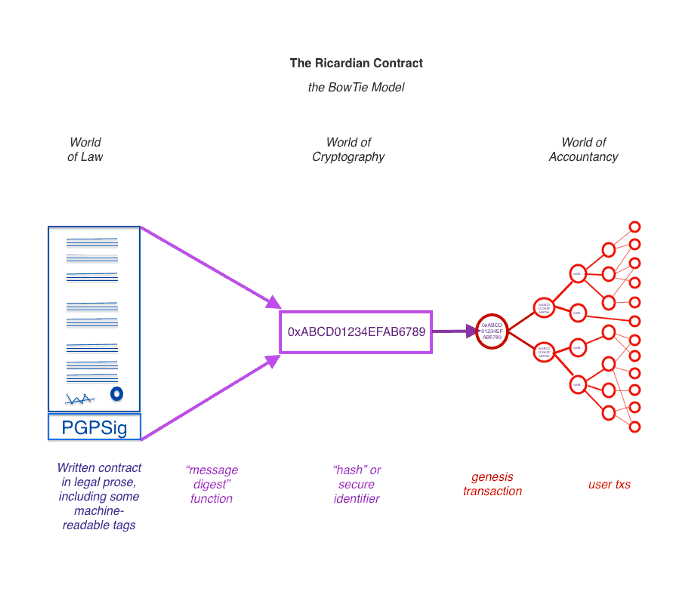 Ricardian Contracts were to act as a bridge between the usual text contracts and computer code.

Despite such notable mentions by such eminent computer scientists, smart contracts didn’t find takers until recently.

And due to their surging popularity, it makes sense to understand their working.

How do Smart Contracts Work?

Before discussing the technical aspects of how smart contracts work, let’s first look at an example.

Rajesh is a paper pulp processing factory owner in Noida. Naresh is a carton box manufacturer based in Surat. Rajesh and Naresh share a great business relationship. They trust each other and have been working with each other for quite a long time now.

Now imagine a scenario, where Naresh has a contract set up for placing orders to Rajesh for the raw material. Whenever the paper stock runs out at Naresh’s end, the system automatically raises an alert to Rajesh with more orders.

Rajesh fulfills the demand and collects the payment for the same through the same automated system. Business goes on as usual without any bottlenecks. This is just a visualization.

Since Ethereum is a public blockchain, all network participants (nodes) get notified about activities and transactions happening on the distributed ledger.

A positive consensus between nodes on the positive fulfillment of conditions in a certain transaction executes the smart contract.

Complex smart contracts (based on the transaction steps) need more gas for execution. The gas prevents overly complex or numerous smart contracts from overwhelming the EVM.

How to Create and Deploy Smart Contracts?

Before progressing further let’s understand a bit about Solidity.

As described by California based, tech solutions firm LeewayHertz, Solidity is similar to Javascript. It is an exclusive smart contract writing programming language.

A typical Solidity compiler converts a smart contract code into EVM bytecode, which in turn is sent to the Ethereum network as a deployment transaction.

Start by downloading the MetaMask Google Chrome extension. The thing about MetaMask is that it serves both as an Ethereum-centric web browser and a wallet.

By default, your MetaMask wallet is connected to the main Ethereum network.

However, for writing smart contracts you must switch to any one of the displayed ‘test networks’:

Check out this video below to set yourself up on the Rinkeby test network:

Next, you can go ahead and start writing your smart contract on Remix IDE (integrated development environment). It is a web-based decentralized application (dApp) and also functions through certain smart contracts.

No need to install it, you can just access it directly here: https://remix.ethereum.org/#optimize=true&version=soljson-v0.4.24+commit.e67f0147.js&evmVersion=null

For more information on writing code in Remix IDE, check out the video below:

After writing, now it’s time to deploy your smart contract!

For deploying smart contracts on the Rinkeby test network, you will need test Ethers. You can avail test ETH from the ‘Get Ether’ option under ‘Test Faucet’.

You can also use real ETH for deploying your code. To buy Ethereum‘s cryptocurrency download the WazirX app on your phone, set up your account, and purchase ETH directly from the INR funds in your bank account.

After this, deposit the ETH you just bought into your MetaMask wallet.

Go to the Remix IDE, and click on the small ‘+’ sign aka ‘Create’ at the top left of your browser.

This will deploy your smart contract to Rinkeby, and confirm the transaction in MetaMask.

You have now successfully deployed your smart contract in the Rinkeby test network using MetaMask.

This was an overview of smart contract programming. There are lots of resources available on the internet that you can refer to. Here are a couple of them:

Web App Vs Cloud App – Which One is Better for Your Business?

Web App Vs Cloud App – Which One is Better for Your Business?

What is a Statement of Work (SOW)? How to write a statement of work for an IT services contract

Angular vs. React: Which Technology Is Better for Web Application Development?

How Video Content can Increase Your Salon’s Customer Base

Know the Complete Plan for Drupal 9

Angular vs. React: Which Technology Is Better for Web Application Development?

How Video Content can Increase Your Salon’s Customer Base

Know the Complete Plan for Drupal 9